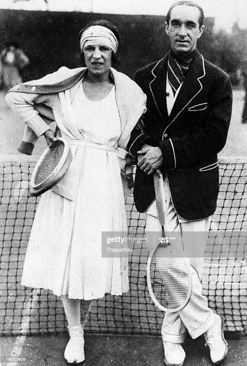 Playing competition for Smashing Pink is fun and sociable, but also comes with responsibility. As a team member you contribute to the success of the team. The team is counting on you. If you are not available at least 6 out of 7 times, you can only register as a reserve or part-time player. Please note that competition days can be long. Sometimes the matches don't start until the afternoon and the fun afterwards often continues until the small hours...

Teams. When classifying, we take into account the level of players in order to arrive at a balanced team composition. In principle, a team consists of 6 full-time competition players. You can indicate on the form which other players you want to form a team with and on which day and in which competition type you want to play. The number of players you can sign up with is capped at 4 players (including yourself) to provide more flexibility in scheduling and to make it easier for players who sign up without a team to enter. Ideally, the players you are signing up with are of equal level and each player of the team is signing up the same 4 players.

You can indicate which type of competition you prefer to play. In addition, indicate at least one other competition type as an alternative. If we cannot place you in your preference or indicated alternative, the competition committee will contact you.

Spring Competition period 2023. The spring competition covers 7 match days in the period between April 8 and May 30, 2022 and also has catch-up days. The start time of the matches can vary from 9:00 AM to 4:30 PM. The end times are therefore between 3:00 PM and 11:00 PM! Look here for the exact playing and catch-up days and write them down in your agenda!

Reserve players. Registration as a reserve player is also possible. You are then available on a call basis for stand-ins. Please also use the registration form for this.

Cost competition. The competition costs for balls and the mandatory contribution to the KNLTB are not yet known. It will probably be an amount of € 120 - € 150 per team.

The competition committee is excited! We hope for many registrations and a fantastic spring competition!

Questions? Mail them to: competitie@smashing.pink

Rules for registration and participation in the KNLTB spring competition 2023

Rules for assembling the teams